A credit card tap in a coffee shop or a mobile wallet payment online has made retail shopping in the pandemic easier, faster and, perhaps most importantly, safer for shoppers. While contactless payments were already in use before March of 2020, its adoption around the world was inconsistent. But that’s changed significantly.

This shift in consumer behavior is here to stay. Contactless payments — which gained traction as a safe way to avoid contact with people and surfaces — are now picking up momentum as the preferred payment gateway to a seamless and swift shopping journey.

According to Visa’s Back to Business Study, if all other factors were equal (price, selection and location), nearly two-thirds (63%) of consumers would switch to a new business that installed contactless payment options. Even American Express recently reported that 70% of U.S. merchants had customers requesting contactless tap-and-go or mobile app payments.

And the industry is paying heed to this burgeoning one-tap trend. A recent report by retail industry research firm, RSR, shows more than 90% of enterprise retail brands now see value in contactless payment capabilities and 87% of them are committed to adopting or budgeting for it.

When it comes to contactless payment options that dominate, or are on the verge of taking off, Anatolii lakimets, Senior Product Marketing Manager at Bold Commerce, lists these four:

Since contactless payments don’t require a signature or a personal identification number (PIN), transaction sizes on cards tend to be limited.

Interestingly, NFCW, a UK-based payment technologies and trends knowledge center, reported in March 2020 that 51 countries had announced contactless payment transaction limit increases ranging from 25% to 400%, with an average of 132% since the beginning of the pandemic.

That’s a smart move, given 74% of global consumers, as per Mastercard, say they will continue to use contactless payment methods post-pandemic.

2. Digital wallets store digital versions of your credit and debit cards in wallet apps on your mobile device. Examples include Apple Pay, Samsung Pay and Google Pay. Even though these are relative rookies in the retail space, mobile wallets have firmly established their ascendancy in the market.

3. Wearables, such as smart watches, are moving beyond counting steps and displaying notifications to add contactless payments to their capabilities. Now key fobs, wrist bands, smart rings, and even smart clothing, can be linked to a mobile wallet or credit card. Their use for payment transactions grew eightfold in Europe in 2019, according to Mastercard.

4. Quick Response (QR) codes work the same way as barcodes at the supermarket. Shoppers can scan them using their mobile or wearable devices. While not as popular as the other three, QR codes did gain more acceptance during COVID. In a survey across nine countries, 18% said they used a QR code for the first time during the pandemic; 40% revealed they used it more frequently; and 30% of non-users admitted they are now interested in using them.

Advantages and challenges of contactless payments

Contactless payments took off in such a big way during COVID because they were a smart solution to a pressing consumer problem – safety. There were also some equally positive by-products that are now winning the market, including:

“If you allow PayPal or Apple Pay during online checkout, but you don’t have it in-store, that makes for a chequered omnichannel experience.”
Anatolii lakimets, Senior Product Marketing Manager, Bold Commerce

Despite its undeniable advantages, implementing a contactless payment system can pose challenges for enterprise retail brands.

One of the biggest challenges retailers face, lakimets says, is when they adopt the latest tech innovations in their online channels but continue to use legacy point-of-sale systems for their offline channels. “If you allow PayPal or Apple Pay during online checkout, but you don’t have it in-store, that makes for a chequered omnichannel experience,” he says.

As a matter of fact, it can breed complexity, if a consumer checks out a product online with PayPal and wishes to return it at a store, but the store doesn’t facilitate contactless payments. “There’d be no credit card transaction for the store clerk to reverse,” lakimets notes.

That’s why it is imperative for online and offline channels to align on their use of technology. It can be difficult to have the same integrations when you’re dealing with legacy point-of-sale systems. But retail merchants that don’t have the capacity to build out a new payments architecture can find an effective solution with API-based technology.

APIs offer a flexible way to extend, customize and scale commerce functionality to fit the new world of evolving shoppable touchpoints and trends.

The next big disruption in retail payments

lakimets believes buy now pay later (BNPL) will be the next big thing in retail payments. This deferred-payment model allows customers to pay in bi-weekly or monthly instalments. It saw a huge uptick in the U.S. among financially strapped Millennial and Gen Z buyers — when the pandemic pushed sales online.

Adoption rates have already risen from 55.8% in 2021 from 37.7% in 2020. Now major vendors like Apple and PayPal are venturing into this space. Swedish unicorn Klarna is a BNPL leader and has been touted as Europe’s most valuable start-up company, reportedly raising US$639 million in funding. Australia’s Afterpay is another major player, along with U.S.-based Affirm, which recently partnered with Shopify Inc. on its instalment program.

Biometric payments — that use fingerprints, eye or face scans to securely authenticate a shopper’s payment details — are another emerging trend, according to lakimets, that could disrupt the retail industry and take contactless checkout to the next level. Amazon is already experimenting with palm print scanners, dubbed Amazon One, at some of its U.S. stores.

Given the ongoing privacy concerns that surround the notion of companies controlling consumer biometrics, this trend, lakimets says, could swing either way. But if companies and consumers reach an acceptable middle ground, we might not be that far from routinely paying with our fingertips and faces.

These emerging trends, while exciting, would also mean further tech disruptions, upgrades and integrations for retail companies that already find it a challenge to keep up with the next big thing.

The only way to stay agile and alive in this fast-shifting landscape of ecommerce will be to embrace an equally evolving and responsive headless architecture approach, which liberates the front end from the back end, and allows you the freedom and flexibility to build whatever, whenever and however you want it.

Download “Retail ecommerce in context: the next iteration,” sponsored by Bold Commerce, here. 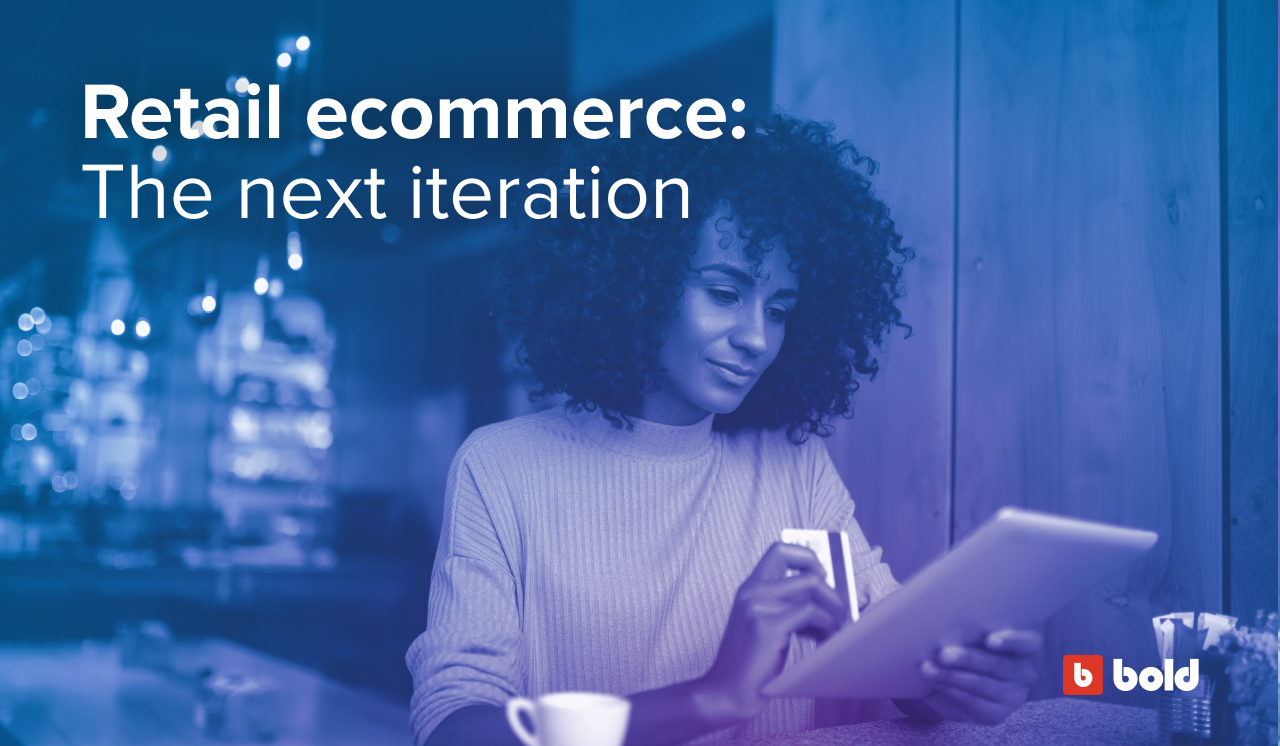 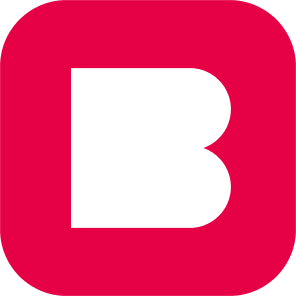 We are a dynamic team of B2B writers and champions of global ecommerce brands. 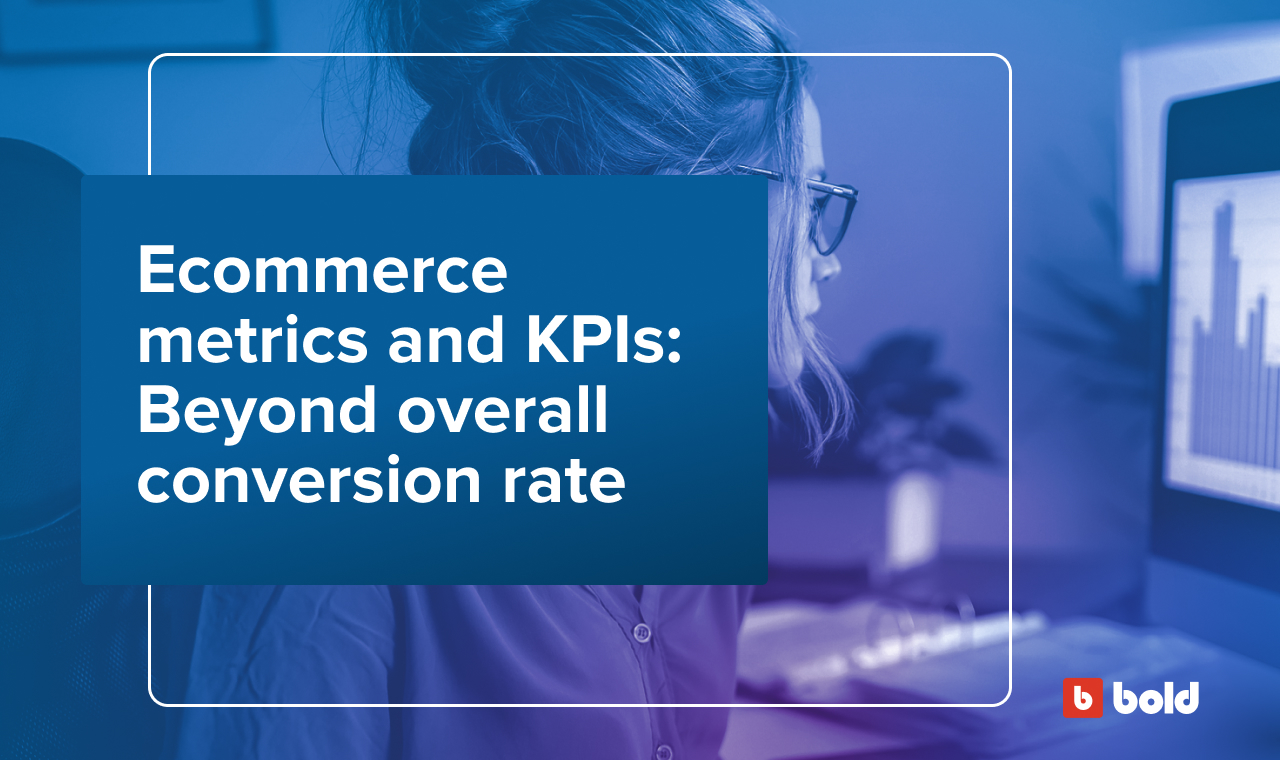 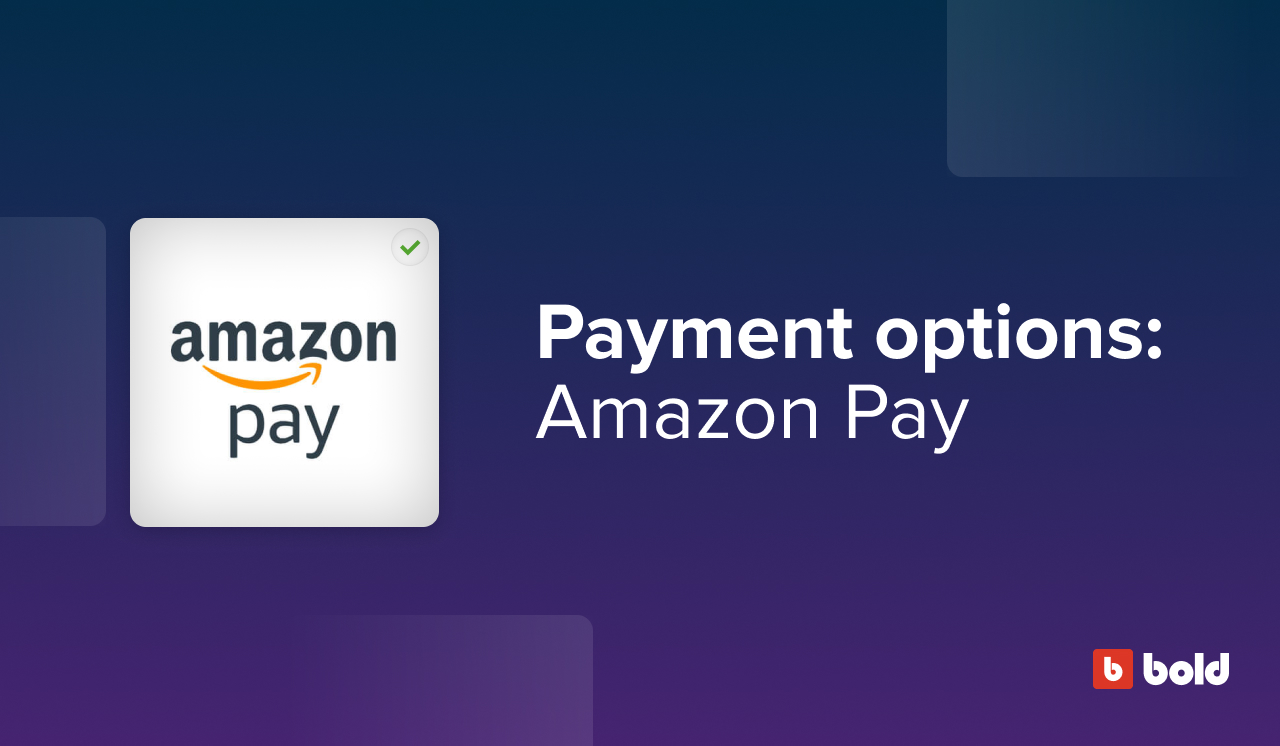 Digital Payments: Why Amazon Pay is here to stay